From Scotland and based in Dallas, TX, Sheila Walsh is a recording artist, author, Bible teacher and television host. She has released 25 albums, spoken around the world to over 6 million women and reaches a potential 100 million people daily as co-host of the LIFE Today television program. Her books have sold over 5 million copies, including her latest bestseller, It’s Okay Not To Be Okay.

“Braveheart Worship is a journey of praise and worship to my Savior,” says Walsh. “The songs celebrate the life that can be found in loving and worshipping the one true King!”

We lift it high, the name of Jesus

Shout out, His praise all the earth

For we declare that You are worthy Lord

We bring a thousand Hallelujah’s

Opening the album with “A Thousand Hallelujahs,” Walsh leads listeners through an inspired set of worship songs, closing the album with a new rendition of “It Is Well,” which is a duet with Sir Cliff Richard, one of the top-selling artists of all time with sales of over 300 million albums. His first duet in 30-years, Richard is a longtime friend of Walsh’s and has produced a couple of her past albums.

Sharing the new music on her many engagements as a speaker and worship leader, Walsh travels with a worship team that includes Jonathan and Rebecca Hart, who also sing on the new album. 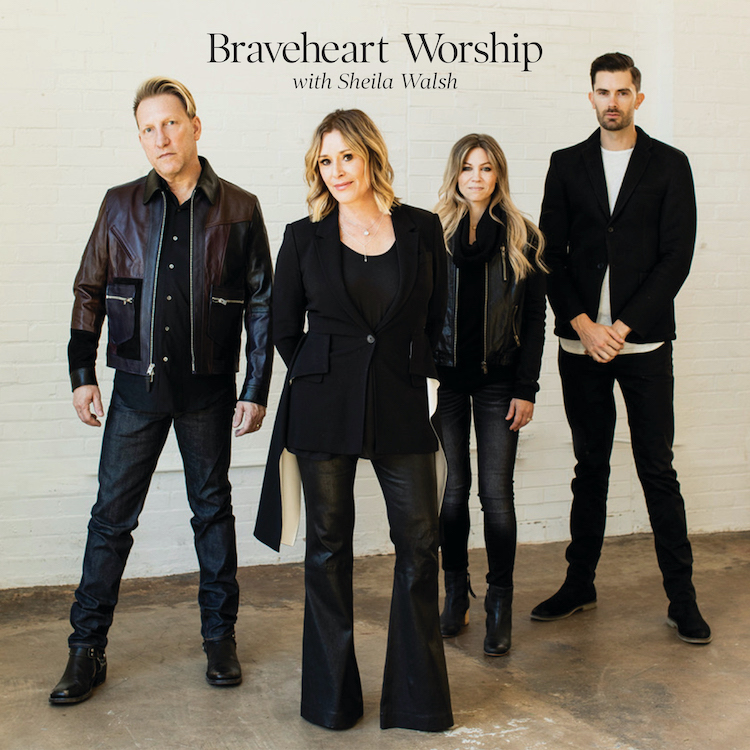